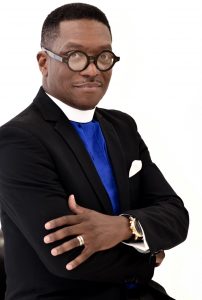 Dr. Michael Thomas Scott, Sr., Chief Servant and Senior Pastor has served at The Galilee Baptist Church of Kalamazoo for nine years as Senior Pastor, twenty-one years of consecutive service as a Senior Pastor, and a total of twenty-eight years of preaching the Gospel of our Lord and Savior Jesus Christ. Pastor Scott has been faithful to the Ministry of the Word of God and prayer. He continues to preach the Gospel and teach the Word of God with conviction, boldness, enthusiasm, and the anointing of the Holy Spirit. He’s privileged not only to preach the Gospel in the continental United States of America, but has also ministered in the state of Alaska, Israel, Mexico, Bermuda, the Bahamas and most recently on the continent of Africa.

Under Pastor’s Scott’s leadership, the Lord has blessed the church to: lead many souls into a personal relationship with Christ; biblicense eight ministers, ordain seven Elders, ordain three Deacons (two of which were females), and install four Senior Pastors; purchased a Chevrolet 15 passenger van in 2012 and a 15 passenger mini-bus in 2019 for transportation and outreach; acquired three new properties on Kalamazoo’s Northside for future community development; growth of the Galilee Student Fund for college students to well over $10,000.00; hosted the Annual Service of Remembrance for Victims of Gun Violence; partnered with the New Baptist Covenant while collaborating with the 12th Street Baptist Church through the TAG Team initiative of a predominately African-American congregation teaming up with a predominately Caucasian congregation to promote unity within our community; in 2015, successfully implemented the Mountain Movers Campaign which raised enough funds to liquidate the first of two mortgages on the current edifice; in 2019 implemented the “Sow-A-Seed” Challenge with plans to retire the second mortgage and declare the church completely “DEBT-FREE” by December 31, 2020! Each week Dr. Scott, along with his wife, lead a fifteen-minute national early morning “Prayer Call” on Wednesdays at 6:00 AM EST. They have led this prayer call for nearly 15 years. Due to the recent global pandemic known as COVID-19, Pastor Scott has launched Galilee’s online campus now known as “Galilee Global” which reaches hundreds of souls through online Bible classes and worship experiences.

Dr. Scott is active within local, state, regional, and national community organizations. He is Past President of the Northside Ministerial Alliance of Kalamazoo; subscribing member of the NAACP Kalamazoo Metropolitan Branch; Board member of Kalamazoo Gospel Mission’s Shelter from their Storm Capital Campaign; member and chaplain of Alpha Phi Alpha Fraternity, Inc. (Kappa Psi Lambda Chapter, Kalamazoo); former National Chairman of the Program Committee for the Progressive National Baptist Convention; Board Member of Board of Christian Education & Publication for the Progressive National Baptist Convention; Vice-President of the Congress of Christian Education of Chain Lake District Missionary Baptist Association; actively involved in the American Baptist Churches of USA (ABCUSA) and American Baptist Churches of Michigan. Dr. Scott is also affiliated with the Kingdom Alliance Covenant Fellowship (KACF) under the spiritual covering of Bishop Edgar L. Vann.

Pastor Scott previously served as Senior Pastor of the historic Jerusalem Baptist Church located on Virginia’s Eastern Shore for twelve years where God used him mightily to expand the church to multiple worship services, successfully led the construction of a new fellowship hall annex and paid off the mortgage earlier than expected, led the procurement of 55 acres of land to build a new edifice and community life center.

Pastor Scott is happily married to the the love of his life and his “Sunday School Sweetheart”, Elder Dr. Tamara T. Scott, affectionately known to many as “Lady T”! Together they have served as partners in marriage and ministry for 20 years. They organized and planted the Upper Room Church (non-denominational) in Milford, Delaware (2005) of which they still provide spiritual oversight. Since being at Galilee, Pastor and Lady T have co-authored three books: iPray: Maximizing Your Prayer Life in Today’s Busy World (2012), You Need a Faith Lift: 12 Biblical Principles to Grow Your Faith (2014), and Mountain Movers: Praying Through Impossible Situations (2017). Under Pastor and Lady Scott’s 501(c)3 non-profit outreach, MTS Ministries, Inc., they have given nearly $10,000.00 in scholarship funds to Michigan high school seniors planning to matriculate at any Historically Black College or University (HBCU) through the African-American Achievement Scholarship Program established by the Scott family.

Dr. Scott is an alumnus of Virginia Union University, Richmond, Virginia where he earned the Bachelor of Arts degree in Religious Studies—Cum Laude (1998) and the Master of Divinity degree (2001). He has an earned Doctor of Ministry degree in Leadership & Preaching from United Theological Seminary, Dayton, Ohio (2006) as a Woods-Thomas Fellow. Dr. Scott also graduated from John Tyler Community College, Chester, Virginia (2002) where he earned the Associate of Applied Sciences degree in Mortuary Science. He is a Licensed Mortician in the states of Michigan, Indiana, and Virginia.

Pastor and Lady Scott have two daughters, Trinity Monet Scott, a sophomore in college, Morgan Tamara Scott, a junior in high school, and a son, Michael T. Scott, II, known as “Brother”, an eighth grader. Pastor Scott enjoys, reading, writing, traveling, history, and spending time with family and close friends. His motto scripture is found in Philippians 4:13,
“I can do all things through Christ which strengthens me.”

To God be the Glory! 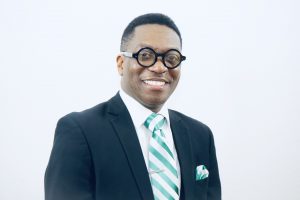 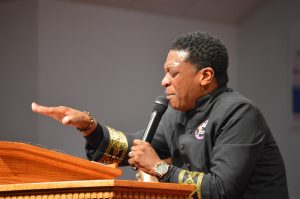 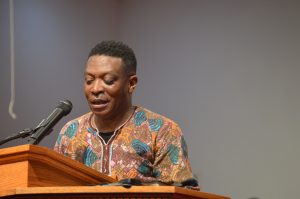 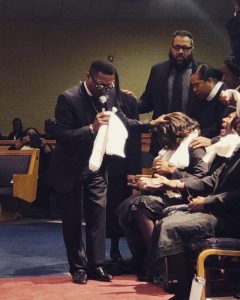 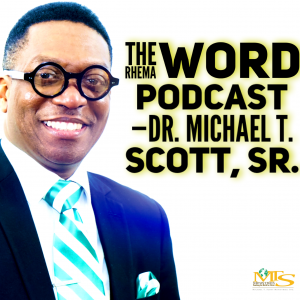 “Hate cannot drive out hate only love can do that. I’ve decided to stick with love because hate is too great a ... burden to bear.”—MLK Jr. #MLKDay2021 #mlk #MLKDayofService #HappyMLKDay 🙏🏾🙏🏾🙏🏾